What Comes Next? Bull, Bear, Correction?

The bull market in U.S. stocks has been charging ahead for more than eight years.1

While that’s young in people years, it’s ancient in bull market terms. Since World War II, the longest bull market in U.S. stocks lasted for almost nine-and-a-half years. The shortest sputtered out after just 13 months. On average, bull markets last for slightly less than five years, according to Fortune.2

So, how much longer will this bull market persist? No one knows for certain.

In fact, financial professionals have different opinions about the future of the markets. Some believe this bull market will plod ahead, while others believe a bear may be prowling. Often, these beliefs reflect specific aspects of the market. For example:

“The market has it essentially right: U.S. economic growth is continuing at a moderate pace, an economic recovery is finally underway in Europe, inflation is under control, corporate profits are rising, and there is some prospect for tax reform and deregulation, even if whatever gets implemented is less than what is really needed. These conditions imply continued growth in corporate profits.”

Lieberman believes investors are holding an avalanche of cash and waiting for an opportunity to invest. If that money begins to move into stocks, he wrote, “That’s when we should really start to worry the market might be getting vulnerable."3

Stock market valuations: While fundamentals are a critical component in assessing company value, earnings must be considered in conjunction with stock price to determine whether a company’s shares are fairly priced.

It’s also possible to consider whether an index is fairly priced. The cyclically adjusted price-to-earnings (CAPE) ratio measures stock market valuations. In early June 2017, it was well above its long-term average, which may indicate the stock market is expensive and a downturn is ahead.4, 5

“[The U.S. stock market] hasn’t been this overvalued except for a couple of times in history – around 1929, around 2000…The CAPE ratio was about the same in 1998 but it continued skyward as the dot-com froth escalated into a full-fledged bubble. We could go back up there. And we’re in an oddball enough mood that we might. So, I’m not saying pull out of the market – I’m saying it looks dangerous now, but it could keep going up.”

Corporate profitability: Jeremy Grantham of GMO thinks high market valuations are, in part, owed to corporations’ “increased monopoly, political, and brand power.” He doesn’t expect a significant adjustment in valuations until interest rates begin to move higher, a change that may take place over an extended period of decades. Grantham writes:7

“…if you are expecting a quick or explosive market decline in the S&P 500 that will return us to pre-1997 ratios (perhaps because that is the kind of thing that happened in the past), then you should at least be prepared to be frustrated for some considerable further time: until you can feel the process of the real interest rate structure moving back up toward its old level…”

Grantham advises investors, “There are two important things to carry in your mind: First, the market now and in the past acts as if it believes the current higher levels of profitability are permanent; and second, a regular bear market of 15 percent to 20 percent can always occur for any one of many reasons.”7

The one thing we know for certain is bull markets are often interrupted by corrections, which are declines of 10 percent or more in the value of the market. In addition, we know that, eventually, bull markets end and bear markets begin. Typically, the start of a bear market is signaled by a 20 percent or greater decline in the value of the market.8

When the market corrects, or a bear market arrives, it’s important to keep your wits about you. A drop in stock market valuations often creates buying opportunities. Selling during a correction or bear market may not be a winning strategy. It may be better to stay calm and refuse to sell low. Historically, after all, bull markets follow bear markets.

Sources:
1 http://www.barrons.com/articles/is-the-bull-market-long-in-the-tooth-nah-1495712357
2 http://fortune.com/2017/03/09/stock-market-bull-market-longest/
3 https://www.bloomberg.com/view/articles/2017-05-30/stocks-rally-as-washington-burns-and-that-s-not-odd
4 http://www.multpl.com/shiller-pe/
5 http://www.investopedia.com/terms/p/pe10ratio.asp
6 http://www.cnbc.com/2017/04/29/robert-shiller-vs-jeremy-siegel-on-stock-valuations.html
7 https://www.gmo.com/docs/default-source/public-commentary/gmo-quarterly-letter.pdf?sfvrsn=44
8 https://www.yardeni.com/pub/sp500corrbear.pdf
This material was prepared by Peak Advisor Alliance. Peak Advisor Alliance is not affiliated with the named broker/dealer.
The information contained in this material does not purport to be a complete description of the securities, markets, or developments referred to in this material. The information has been obtained from sources considered to be reliable, but we do not guarantee the foregoing material is accurate or complete. There is no guarantee these statements, opinions, or forecasts provided therein will prove to be correct. Investing involves risk and you may incur a profit or loss regardless of strategy selected. Past performance may not be indicative of future results. 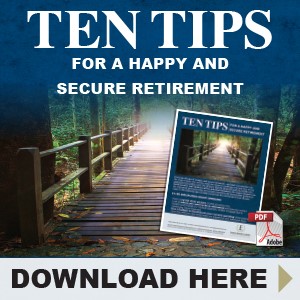 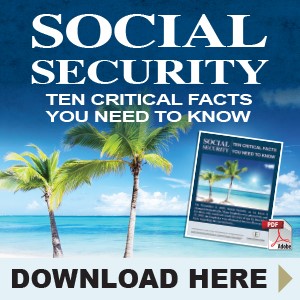